At Mymee, we understand autoimmune disease, from the very basics to the lived, personal experience. Whether you’re at the beginning or far into your autoimmune disease diagnosis, we can help.
Get Started Free Consultation Call

people have an autoimmune disease 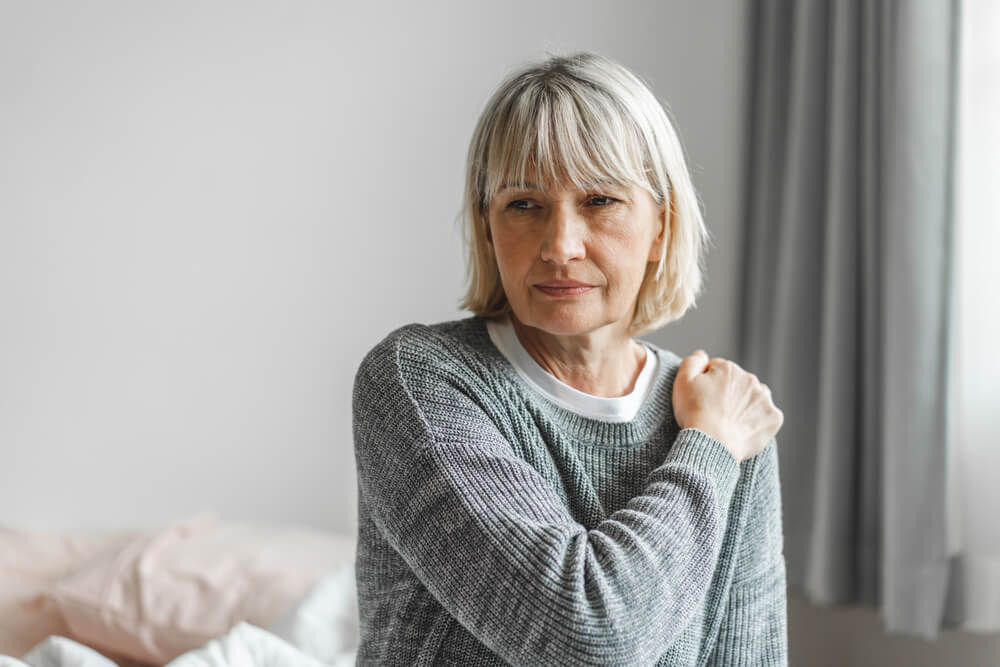 Although the exact causes of autoimmunity remain uncertain, autoimmune diseases are largely thought to be caused by either genetic or environmental factors.

While genetics determine how susceptible an individual is to developing autoimmunity, external factors in a person's diet, lifestyle, and environment play a significant role. These factors or "triggers" can also lead to unpredictable spikes in autoimmune disease symptoms, significantly impacting quality of life.

In Mymee's work with its members, Mymee has matched more than 90 potential unique triggers with more than 150 unique autoimmune disease symptoms.

Autoimmunity is experienced differently in each person. While it's challenging to compile a complete list, these are among the most common symptoms of autoimmune diseases: 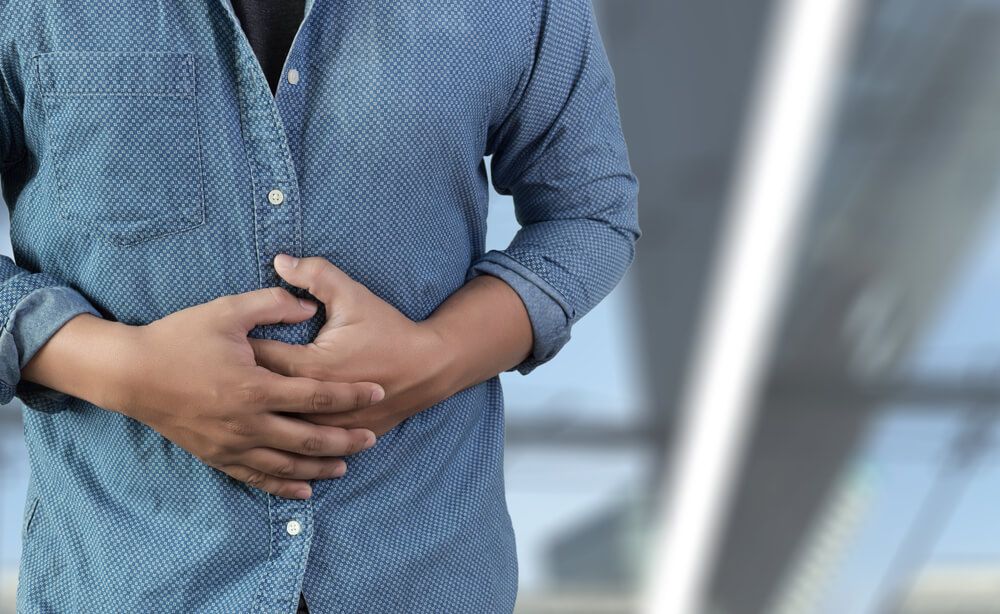 Receiving a diagnosis for an autoimmune disease is generally more complicated than with other health conditions. On average, it takes 4.5 years for a person to be diagnosed with an autoimmune disease, and in that time, an average of four different doctors will be sought for help. Typically, an autoimmunity diagnosis is based upon reported symptoms and blood markers found through testing.

As mentioned, autoimmunity symptoms and triggers are unique to the individual. This calls for individualized approaches to management and treatment. Autoimmune disease treatment with a physician may include medication such as painkillers or anti inflammatories, creams, supplements or other therapies.

With Mymee, autoimmune disease symptoms are reduced or eliminated by identifying the individual's environmental and lifestyle factors that cause flare ups. A combination of in-app tracking, thoughtful data analysis, and one-on-one health coaching leaves members with an actionable plan for taking control of their health.

Mymee has shown to be successful for more than 60 autoimmune diseases, autoimmune related diseases and COVID long haul. Together we devise a personalized plan to identify your specific autoimmune disease symptom triggers so you can reclaim your health and start feeling like yourself again.

Ankylosing spondylitis
An inflammatory disease primarily impacting the spine, gradually reducing flexibility and making movement painful.
Antiphospholipid antibody syndrome
A rare autoimmune disorder in which normal blood proteins are attacked, commonly resulting in blood clots.
Behçet's disease
A rare inflammatory disorder of the blood vessels and tissues throughout the body.
Celiac disease
After gluten is digested, the immune system attacks the small intestine resulting in digestive and nondigestive related symptoms.
Crohn's disease
A type of inflammatory bowel disease (IBD) that causes inflammation in different parts of the digestive tract.
Delayed pressure urticaria (dermatographia)
A skin condition presenting symptoms on the skin when triggered by a scratch.
Diabetes Type 1
Insulin-dependent diabetes, occurs when the pancreas produces insufficient or no insulin leading to a range of complications.
Erosive arthritis
An inflammatory form of arthritis that results in bone and cartilage damage, primarily in the finger joints.
Erythema nodosum
An inflammatory skin disease presenting itself as bumps under the skin
Grave's disease
A thyroid disorder that results in the overproduction of hormones due to the hyperactivity in the gland.
Guillain-Barré syndrome
A rare disease in which the body attacks its own tissues, typically occurring after an infection.
Hashimoto's disease
A thyroid disease that stops the proper production and coordination of hormones.
Hidradenitis suppurativa (HAS)
A chronic disease impacting the skin, causing small and painful lumps underneath the skin
Inflammatory arthritis
A condition resulting from an overactive immune system, causing inflammation and pain in the joints.
Lichen sclerosus
A condition presented as white, thin patches of the skin.
Lupus
A disease in which the immune system attacks healthy tissues, causing pain and inflammation.
Mixed connective tissue disease (MCTD)
A systematic inflammatory disease in which healthy cells are mistakenly, often presenting symptoms of, and overlapping with, other autoimmune disorders.
Multiple sclerosis
A disease impacting the central nervous system due to damage to the nerves caused by inflammation.
Myasthenia gravis
A condition impacting the muscles due to antibodies breaking down regular communication between the nerves and muscles.
PANDAS/PANS
An infection-based condition affecting children through neuropsychiatric symptoms.
Postural orthostatic tachycardia syndrome (POTS)
A disorder of blood circulation in which the symptoms are onset by standing up.
Psoriasis
A chronic disease in which skin cells build-up, resulting in itchy, dry skin and rashes.
Psoriatic arthritis
A form of inflammatory arthritis linked to psoriasis that primarily affects the skin.
Relapsing polychondritis
A degenerative inflammatory disease impacting cartilaginous structures throughout the body.
Rheumatoid arthritis
A form of arthritis that causes chronic inflammation to the lining of joints.
Sarcoidosis
A multiorgan disease causing the growth of inflammatory cells, most commonly in the lymph nodes, lungs, heart, eyes, and skin.
Scleroderma/systemic sclerosis
A chronic condition affecting the skin, joints, and organs through hardening and tightening of tissues.
Sjögren's syndrome
A systematic disease that attacks healthy mucous membranes and moisture-secreting glands, causing dry eyes and mouth.
Small airway disease
A group of airway conditions characterized by mucus obstruction, and disappearance of the terminal and transitional bronchioles, most commonly due to exposure to cigarette smoke.
Susac's syndrome
A rare disorder impacting the brain, retina, and inner ear by mistaken attacks on the inside lining of blood vessels.
Takayasu's arteritis
An inflammatory blood vessel condition resulting in artery damage.
Thyroid eye disease
A rare inflammatory eye condition causing progressive inflammation and damage to the tissues resulting in discomfort, redness, and swelling.
Ulcerative colitis
A type of inflammatory bowel disease (IBD) in which the innermost lining of the large intestine is impacted by ulcers and inflammation.
Undifferentiated connective tissue disorder
A systematic disorder in which healthy tissues are mistakenly attacked, manifesting symptoms similar to other autoimmune conditions.
Vasculitis
A group of diseases that cause inflammation of the blood vessels, resulting in changes in the arteries and walls.

Mymee has helped address diseases that are not considered autoimmune conditions but can occur with autoimmunity or have similar symptoms. Health coaches work to identify unique dietary, environmental, and lifestyle triggers behind these symptoms.

Asthma
A condition linked to autoimmunity in which the airways narrow and swell, causing difficulties breathing.
Bipolar disorder
A disorder that causes extreme mood swings and changes in energy levels.
Chronic fatigue syndrome/Myalgic encephalomyelitis (CSF/ME)
A severe and long-term condition characterized by extreme fatigue and other symptoms that worsen with exertion.
COVID long haul
Also referred to as Post Acute Sequelae of COVID-19 (PASC), it is an immune system disorder in which a range of coronavirus symptoms remain present weeks after testing negative.
Depression
A commonly occurring mood disorder of persistent low moods.
Dysautonomia
A group of diseases characted by the dysfunction of the nerves in the autonomic nervous system that regulate non-voluntary body functions.
Eczema
An inflammatory skin disease resulting in itchy, dry, or red skin and rashes.
Endometriosis
A gynecological condition in which tissues grow abnormally outside the uterus.
Fibromyalgia
A chronic disorder characterized by widespread pain, fatigue, and other symptoms.
Generalized anxiety disorder
A disorder characterized by uncontrollable and constant worrying about everyday life.
GERD (Gastro-esophageal reflux disease, heartburn)
A chronic disease of the digestive tract that occurs when stomach acid or bile flows into the esophagus and irritates the lining.
Hypothyroidism
A condition in which the thyroid does not create or release enough hormones into the bloodstream.
IBS
A chronic inflammatory intestinal disorder causing symptoms such as cramping, pain, and gas.
Infertility
A reproductive system condition in which an individual can not get pregnant after having regular, unprotected sex.
Interstitial cystitis
A chronic bladder disorder causing reoccurring pain and pressure.
Lyme disease
A tick-borne bacterial infection commonly distinguished by a bulls-eye rash and flu-like symptoms but can worsen without proper treatment.
Mast cell activation syndrome (MCAS)
A multiorgan disease causing mast cells to produce an abundance of chemicals, resulting in allergy symptoms and inflammation.
Narcolepsy
A chronic neurological disorder causing excessive daytime sleepiness and impacting one's ability to remain awake.
Panic disorder
An anxiety disorder causing frequent, unexpected panic attacks.
PCOS
A hormonal condition in which there is an imbalance of reproductive hormones.
Pericarditis
A heart condition characterized by inflammation of the pericardium, a thin saclike membrane.
Premenstrual dysphoric disorder (PMDD)
A severe form of premenstrual syndrome (PMS) in which emotional and physical symptoms interfere with daily activities.
Raynaud's phenomenon
A condition of the blood vessels, resulting in cold and numb sensations typically in the fingers and toes.
Rosacea
A skin condition characterized by redness and small bumps, primarily impacting the face.
Sinusitis
A sinus condition characterized by the inflammation of cavities around the nasal passages, often due to allergies or infections.